Perverts Who Live in Glass Houses Shouldn't Throw Stones. But that Didn't Stop Foley from Blasting Bill Clinton 8 Years Ago 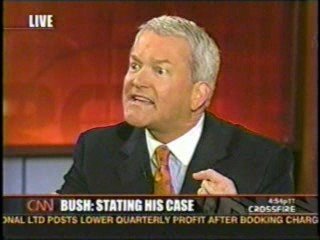 They say that hindsight is a luxury, and if the events of the past few days are any indication, Rep. Mark Foley (R-FL) very well may be an authority on sexual addiction, which would explain his comments back in September 1998 about former president Bill Clinton's randy transgressions:

"It's vile," said Foley to a reporter from the St. Petersburg Times after reviewing special prosecutor Kenneth Starr's report . "It's more sad than anything else, to see someone with such potential throw it all down the drain because of a sexual addiction."

Foley had joined a chorus of Republicans who excoriated Clinton over his sexual affair with White House intern Monica Lewinsky. He was especially disturbed at the time over Starr's account of Monica Lewinsky performing oral sex on Clinton as he chatted with members of Congress on the telephone. That was "just sad," he said. "It's unbelievable that he could behave so carelessly in that setting." Perhaps we'll learn in the near future just how many Congressmen and women Foley might have been chatting with while typing away his perverted emails and instant messages to underage boys.
Posted by The Ostroy Report at 10:21 AM

HYPOCRITES ALL OF THEM!!!

THEY USE GOOD RELIGIOUS PEOPLE TO GET ELECTED AND THEN BLOW THEM OFF. WHEN WILL THE SO CALLED RELIGIOUS RIGHT WAKE UP AND STOP SUPPORTING THESE CLOWNS?

WHY ANYONE WOULD SUPPORT THESE HYPOCRITES IS BEYOND ME.

I SURE HOPE THAT THOSE WHO HAVE DRUNK THE REPUB KOOL AID DO NOT DEFEND THE INDEFENSIBLE!

One of a long list of hypocrites,Gingrich, Livingstong, Barr, Hyde,Thurmond and many more, y'all know the list!

all I know is last night on the Daily Show, Trent Lott's first comment was basically "what a day to be here." You know he knew what was coming (so to speak).

I doubt Hastert will be canned any time soon, but this is one of another long list of Republican bullshit that they try to excuse, but if the perv was a Democrat all hell would break loose. Fuckers.

Hey, Maybe this will be the last straw and make all the
INBRED BIBLE BANGERS do us all a favor and stay home on Nov. 7th.

10:43 Some of these transgressors are the "good religious people" who make up the Religious Right Movement. How is it possible that they commit so many crimes and horrendous acts? I am honestly confused. Don't those churches teach the same lessons of Christianity that the more orthodox Chrsitian churches do? Why do so many stray?

This is from today's St. Petersburg Times about Foley going after one of our local nudist resorts. Why does Florida continue to be in the news for sor so much of this wacko stuff?

TALLAHASSEE - Three years ago, U.S. Rep. Mark Foley demanded that the state investigate a summer nudist camp for kids in Pasco County, warning it could expose innocent children to pedophiles.

After reading a news item about the camp in the New York Times, Foley, a U.S. Senate candidate at the time, sent letters to Gov. Jeb Bush and Attorney General Charlie Crist in 2003.

"The situation clearly raises legitimate issues that should be addressed, given that it involves minor children," Foley wrote, citing his post as co-chairman of the Congressional Missing and Exploited Children's Caucus.

Foley compared the camps to child pornography and child modeling Web sites and wrote: "I believe they may be endangering these children."

Recent revelations of Foley's sexually explicit e-mails to underage male pages on Capitol Hill carries a special resonance with the nudists who say Foley maligned them as child pornographers.

"I just find this very hypocritical," said Shirley Mason, a longtime naturist in Miami. "There is no correlation between people who skinny-dip and perverts who want to harm children."

Mason said she was especially troubled by news reports suggesting that Foley was sending suggestive e-mails to pages as early as 2001, two years before he targeted the nudist camp.

"If you see evil in everything, chances are there's evil within you," Mason said.

Foley's high-profile campaign to close the camp brought a windfall of publicity, but little more. State authorities concluded the camp operated legally and that children were separated from adults.

The camp at Lake Como in Land O'Lakes was run by the American Association for Nude Recreation and remained open after state authorities decided it was operating legally. Florida law allows underage nudity as long as it is not lewd.

"We are unaware of any reports of criminal acts or child abuse, neglect or exploitation," responded Bush's general counsel, Raquel Rodriguez.

Her letter cited a Florida Supreme Court decision in which justices drew a legal distinction between parents who practice nudity as a lifestyle and parents who exploit children for monetary or sexual gain.

A spokesman for Crist said the office had no record of the attorney general responding to Foley's letter, most likely because the governor's office answered it.

In the summer of 2003, Foley trumpeted his call for an investigation on MSNBC's Scarborough Country, Fox's The O'Reilly Factor, CBS's The Early Show and ABC's Good Morning America.

He even launched a Web site in which he invited people to send their complaints about the camp. The site no longer exists.

Eric Schuttauf, executive director of the American Association for Nude Recreation, e-mailed the group's members after the Foley scandal broke, cautioning them not to gloat over their former critic's downfall.

Three years ago, Foley "took less than an hour to frame an incorrect impression of those camps," Schuttauf wrote. "As a credible voice of reason for nude recreation, we will not make the same mistake."

Ah, it gets better. Now, Foley's attorney has just made a statement that Foley was molested by clergymen in his teens. It's hard to type this because the tears of laughter blurs the monitor! What did they do, call Karl Rove?

They're eating their own!!!

Remember Jimmy Swaggart? Didn't he preach about hellfire, shake his viewers down for significant amounts of cashish and like to have prostitutes piss on his face? Foley's story made me think about the Swag.

All I care about is that the Repubs turn off enought voters to tip the seats that are very close our way.

Ever since Repubs have had total rule (President, House, Senate and now the Surpremes), I knew we were in big trouble. No party (no matter which one) should have total rule with no oversight. Most Americans like it this way and I pray (yes progressives pray) that we can take over one branch next month.

I must say thought that I am concerned that the Repubs will fix the voting machines and do whatever they can to suppress the vote. Notice how those they try to suppress most likely would not vote for them???

We need balance in our government and one party rule is not the way to get it.