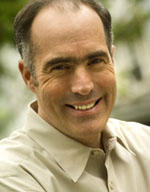 Pennsylvania State Treasurer Bob Casey Jr. is literally and figuratively giving #3 man in the Senate Rick Santorum a run for his money. Casey's campaign plans to file a quarterly finance report Monday with the Federal Election Commission showing that it raised over $2,000,000 in the last 3 months. The Casey camp also stated that the Democratic challenger significantly out-raised the Republican incumbent during this period and has gained in the crucial cash-on-hand contest.

Casey has been doggedly pursuing Santorum's highly coveted seat, steadily maintaining a 10-15% lead in the polls. He's also had lots of help from Santorum who, in criticizing working mothers and public schools, has lately been suffering from a case of foot-in-mouth disease.

Santorum continues to be very vulnerable. The National Journal reported last week that it could only find one incumbent U.S. Senator in modern history--Jesse Helms in 1984--that won after being down by double digits in the polls. Andy
Posted by The Ostroy Report at 12:50 PM