Tom DeLay to Drop Out of Re-Election Race 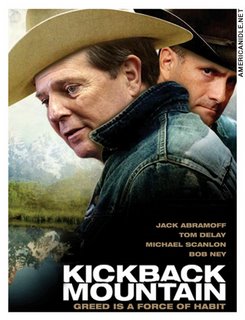 CNN reported Monday evening that indicted former House Majority Leader Tom DeLay (TX) will drop his bid for re-election in Texas's 22nd Congressional District, according to two unnamed GOP sources. DeLay's being challenged by former Congressman Nick Lampson, who lost his seat in 2004 as a result of DeLay's redistricting scheme.

DeLay's been on the hotseat for over a year now, and the controversy surrounding him could take its toll on the party. "This had become a referendum on me," he's told Time Magazine. "So it's better for me to step aside and let it be a referendum on ideas, Republican values and what's important for this district....I feel that I could have won the race. I just felt like I didn't want to risk the seat and that I can do more on the outside of the House than I can on the inside right now." He's expected to make an announcement Tuesday morning.

Facing mounting leadership challenges, scandal and various criminal charges amongst its ranks, it's likely that the GOP, fearing a voter backlash in this year's November midterm elections, put the kabash on DeLay's campaign. He has become the poster-child for everything that's wrong in the party. To say he was pushed out is not such a stretch.

On the one hand, his withdrawal from the race can be taken as a huge win for Democrats, if you happen to believe in the domino effect. Conversely, having him out of the race could give the Republicans a golden opportunity to say they're continuing to clean house. Stay tuned.
Posted by The Ostroy Report at 10:52 PM

The really bad news is that DeLay is moving to VA to become a lobbyist. Evil triumphs.

Also, he will probably hook up with Bill O'Reilly, Newt Gingrich, and Bill Bennett on cable news to decry the Democrats supposed lack of morality.